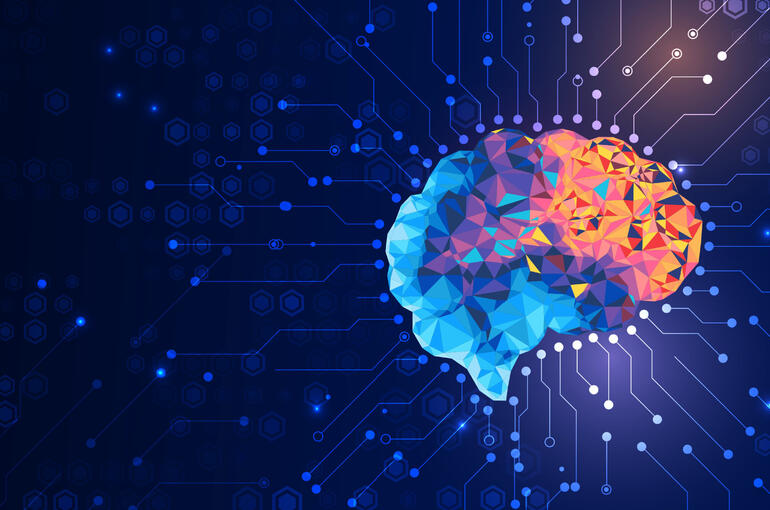 The Phoenix /Poseidon project is a five-year research project on Alzheimer disease (jan 2018- dec 2022). This ambitious project was made possible due to  the financial support of SCOR Foundation for Science via the Fondation pour la recherche sur Alzheimer to a research team based in Hospital Pitié-Salpêtrière, Paris, France, in collaborations with other international research centers.

The objective of the project is to identify diagnostic biomarkers of Alzheimer's disease (AD) and to define predictive algorithms for disease progression in patients “at risk” for AD.

This program used data generated by the INSIGHT cohort. This is a monocenter cohort, participants were recruited and explored in one place which is a key factor for the quality of the data: e.g. MRI (magnetic resonance imaging) and PET (Positron emission tomography) were constantly performed on the same machines, contributing to reducing the variability observed in multicentric studies. This cohort was focusing on patients with normal cognitive performance, and evaluated for brain amyloid load in order to explore the transition from “at-risk for AD” to symptomatic AD. Of the 318 subjects initially recruited, with an average age of 76 years, 88 of them already had amyloid lesions in the brain. These subjects were therefore “at risk” of developing AD. On the other hand, 230 subjects were amyloid negative, and were considered as normal control subjects.

The principal result is that the risk of progression to AD among elderly subjects with subjective memory complaint and high amyloid load is low: 17% over 5 years. This means that high brain amyloid load is not enough to diagnose AD.

The value of plasma biomarkers such as Aß40/42 or pTau181 is now about to be well established. An innovative addition from this program is the integration of neurophysiological biomarkers (EEG) in the multimodal approach. In combination with other biomarkers EEG could give some indication on the cognitive reserve.

Altogether, results available from this program are supporting the proposition that a more personalized approach of the disease is necessary. For example, the disease may progress differently in men and women, according to APoEe genotype, and some plasma biomarkers may identify specific mechanisms involved in the pathophysiology (e.g. DyrK1A, YKL-40). This illustrates the benefit of isolated biomarkers but even more of a multimodal approach. The latter offers opening to progresses not only for diagnosis but even more to decipher the mechanisms at stake for a given patient resulting in a much better targeted and individualized therapeutic strategy. 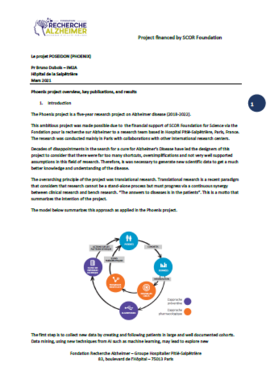