The IEF/SCOR Foundation for Science Award: Best Young Researcher in Finance and Insurance, 2022

The Best Young Researcher in Finance and Insurance 2022, has been named 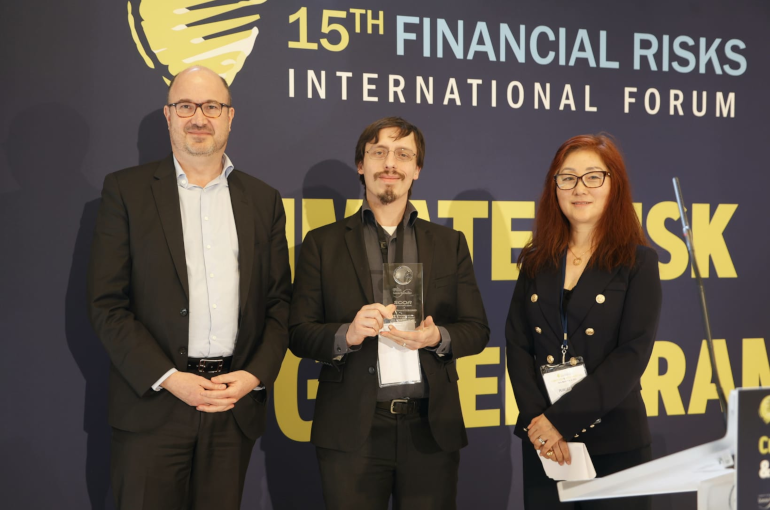 Paris, the 22nd March 2022, the IEF/SCOR Foundation for Science award: Best Young Researcher in Finance and Insurance has been attributed today in Paris, during the 15th Financial Risks International Forum, organized by Institut Louis Bachelier.

This year, the winner is Jean-Édouard Colliard, associate professor of Finance, HEC Paris. He is the 7th IEF/SCOR award winner and was elected with an impressive majority of votes for Best Young Researcher in Finance and Insurance 2022.

“The mission of the SCOR Foundation for Science is to support scientific research. With this award and a winner like Jean-Édouard Colliard, we do exactly that. Mr. Colliard has proven, through publications and a broad recognition among peers, that he is a researcher we should pay attention to when seeking solutions for the financial issues of today and tomorrow. We are proud to give him this 2022 award and for the 7th time give it in partnership with Institut Europlace de Finance and the Louis Bachelier Group”, says Zeying Peuillet, General Secretary of the SCOR Foundation for Science.

The Institut Europlace de Finance (IEF) launched The Best Young Researcher Award in 2005 for a promising researcher under the age of 40. This award of “Best Young Researcher in Finance and Insurance” has been sponsored by the SCOR Foundation for Science since 2016. Candidates are nominated by the Scientific Board members of Institut Louis Bachelier and the Scientific Board members of IEF. The award winner is voted by the Louis Bachelier Academic Fellows college.

ABOUT JEAN-ÉDOUARD COLLIARD, BEST YOUNG RESEARCHER IN FINANCE AND INSURANCE 2022:
Jean-Édouard Colliard is Associate Professor of Finance at HEC Paris, which he joined in 2014. He obtained a PhD in economics in 2012 from the Paris School of Economics. Before joining HEC, Jean-Édouard worked for two years as an economist in the research department of the European Central Bank. He is the co-holder of the "Analytics for Future Banking" research chair (HEC Paris - Natixis - Polytechnique).

His main research areas are the regulation of financial institutions and the microstructure of financial markets, including topics such as financial transaction taxes, over-the-counter markets, bank capital requirements or the European Banking Union.

His research focuses on the regulation of banks and securities markets. In his articles, he studies theoretically or empirically various market failures, discusses regulatory proposals and warns against their possible perverse effects or proposes alternative solutions. He has studied topics such as the taxation of financial transactions, the regulation of trading fees set by stock exchanges, the calculation of regulatory capital for banks, the single European supervisory mechanism or the regulation of systemic risk. 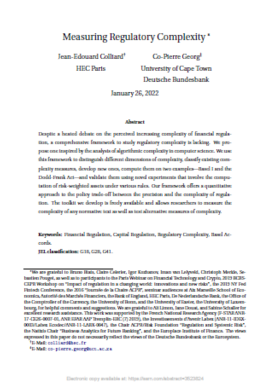