An overview of key working papers 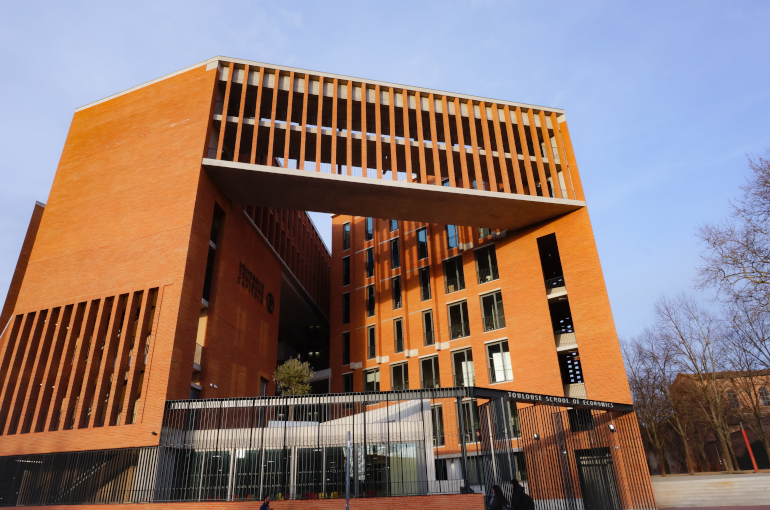 The aim of the chair is to support theoretical and applied research on risk sharing and on longevity risk, combining methodologies from financial economics, industrial organization and econometrics. It has allowed TSE researchers to focus their research essentially on two themes: the regulation of insurance markets and risk management, concentrating in particular on risk-sharing market mechanisms, regulation liquidity and solvency, attitudes towards risk (ambiguity, psychological bias), the econometric quantification of extreme risks and interdependencies, and longevity risk. Read more 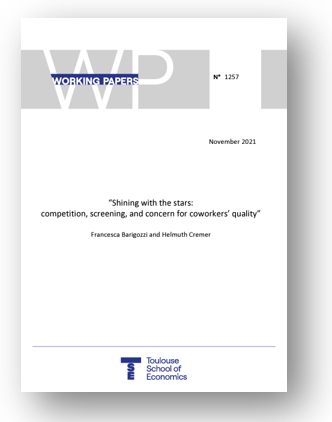 Organizations are increasingly concerned with the quality of their workers as a source of competitive advantage and are particularly eager to attract top performers. On the supply side of the market, job seekers choose which organization to work for. This decision depends on the applicants' preferences for the organizations offering a vacancy and on the monetary compensation associated with the posted job offers. We innovate by assuming that workers' choice also depends on the quality of their coworkers. Specifically, we assume that the attractiveness of an organization increases with the quality of its workforce. We study how workers' concern for coworkers' ability (CfCA) affects competition in the labor market. Two firms offer nonlinear contracts to a unit mass of prospective workers. Firms may differ in their marginal productivity, while workers are heterogeneous in their ability (high or low) and their taste for being employed by any of the two firms. Workers receive a utility premium when employed by the firm hiring the workforce with the larger average ability, and they suffer a utility loss in the opposite case. These premiums/losses are endogenously determined. When workers' ability is observable (for example in the senior job-market), and firms have different marginal productivities, CfCA increases surplus. Still, it also increases firms' competition for high-ability workers. As a result, CfCA benefits high-ability workers but is detrimental to firms. In addition, CfCA exacerbates the existing distortion in high-ability workers’ sorting into the two firms: too many workers are hired by the least efficient firm. When workers’ ability is not observable (for example in the junior job market), the additional surplus appropriated by high-ability workers is eroded by over-incentivization (countervailing incentives), especially when CfCA is high. Conversely low ability worker’s sorting improves when CfCA is low and remains the same when it is high. 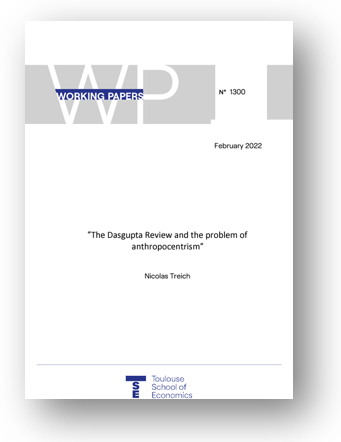 As is customary in economics, the Dasgupta Review on the economics of biodiversity adopts an anthropocentric approach: that is, among the millions of species on Earth, the Review accords a moral value to only one species; ours. Building on the literature in ethics, I explain why it is morally problematic to assume that other species – at least, sentient animals only have an instrumental value for humans. The Review defends its approach, but I advance counter arguments. I highlight that preserving the diversity of life in ecosystems is not the same as taking care of the wellbeing of sentient species living in those ecosystems. Some biodiversity policies, such as protecting the blue whale or reducing meat consumption, largely satisfy both anthropocentric and non-anthropocentric objectives. Other policies, such as the reintroduction of wolves or the eradication of invasive species, induce conflicts between these objectives. I finally discuss why the anthropocentric view remains prevalent in the research on biodiversity and present some potential non‐anthropocentric research directions? 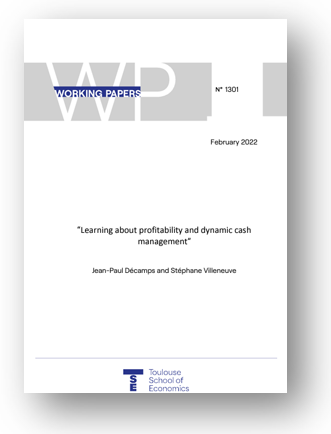 We study a dynamic model of a firm whose shareholders learn about its profitability, face costs of external financing and costs of holding cash. The shareholders’ problem involves a notoriously challenging singular stochastic control problem with a two-dimensional degenerate diffusion process. We solve it by means of an explicit construction of its value function, and derive a corporate life-cycle with two stages: a “probation stage” where it is never optimal for the firm to issue new shares, and a “mature stage” where the firm resorts to the market whenever needed. The cash target level is non-monotonic in the belief about the profitability and reaches its highest value on the edge between the two stages. It follows new insights on the firm’s volatility and its payout ratio which depend on the firm’s stage in its life cycle.